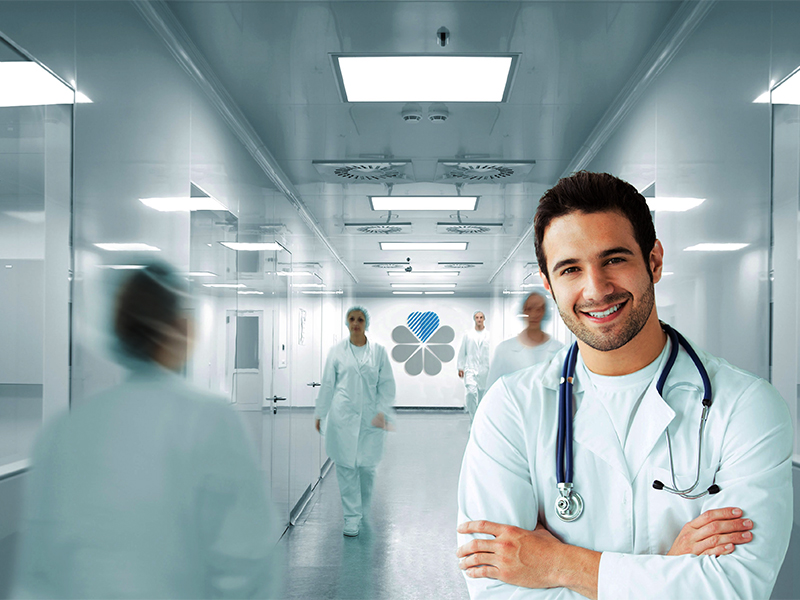 One of the largest Italian medical networks «Gruppo Villa Maria Saga & Research» (GVM) entered the Russian market. GVM invested 10 million euros in the clinic construction in the centre of Moscow, and in September the clinic starts serving first clients. The Italians do not limit their plans in Russian commercial segment, and seriously expect working within CMI and taking control of public hospitals. Local experts surveyed by Vademecum consider  GVM's strategy somewhat naive, and their investments - risky.

Medical entrepreneurs were among the first to react to the intensification of trade‑economic cooperation between Russia and Italy. This summer two major Italian companies «Gruppo San Donato‑San Raffaele» and «GVM Saga Research» announced about their investment interest in Russian market.

"Italians have long sized Russian market up. That's the cause of traditionally warm relations between these two countries, and the growing prospects of medical services in Russia. But the true «green light» was turned on by the international economic forum that was held in St. Petersburg", – said Vladimir Geraskin, the managing partner of DMG consulting company. A month after the SPIEF, in early July, Moscow hosted a seminar "Cooperation in the field of health care: the Russia – Italy bridge", which brought together all the upper crust of the Italian medical business – representatives of companies which number in 80% of the private medicine national market. Experience of Italian hospitals in business: the structure of networks, logistics, routing of patients and medical management in general were of special interest for the Russian side, admitted Veronika Skvortsova, the seminar participant.

The Italians therefore, in addition to collaboration offer response, marked a direct investment interest. The first to speak on the topic of expansion was Paolo Rotelli, the president of «Gruppo San Donato‑San Raffaele»:

"The Russian market has great potential for growth. It would seem that it is rich, the number of beds per capita is high, but still there is no quick access to quality medical care. We have an expertise in medical management, so we are ready to set clinics in Russia, as well as to take control of already existing hospitals."

But the statement of the leader of the Italian market of medical services (according to the assessment of Mediobanca company, «San Donato‑San Raffaele» got the revenue of € 1.4 billion in 2014), was kind of late: its competitor «GVM Saga & Research» set its first clinic in Moscow in early September.

GVM holding was started off with a nursing home «Villa Maria» in Cotignola in 1973, but soon it focused on clinical practice and, purchasing local medical facilities, has grown into one of the most notable networks of Italy. Now the company has 26 Italian units, outpatient clinics, multidisciplinary and specialized centres with hospitals, four clinics in Poland, two in France and one in Albania. Another branch, according to Anna Gromovaya, the marketing director of GVM in Russia, is about to be set in China this year. On a parallel track GVM develops rehabilitation centers, nursing homes, and Spa, so in total GVM holding operates 40 units. In 2014, Mediobanca assessed GVM's revenue in an amount of 462 million euros and put it in third place in the top of local market medical service professionals.

GVM has long had Russian patients as medical tourists. Thus, defining the gaps of Russian medical services, GVM sprang into action on-site. Among the prospective territories, besides the capital city, the Italians marked Chelyabinsk region: in late 2014 Sergey Kremlev, the minister of the region health, discussed the opportunity of GVM set in Chelyabinsk with Antonio Piccoli, the Consul of Italy. Then, the group's technical preparations for the work in Russia began. GVM registered GVM International Ltd in Russia according to SPARK‑Interfax from 4 December 2015, where 70% belong to the GVM, Antonio Piccoli owns 20%, and Marco Reginato, the president of Association of young Italian entrepreneurs in Russia owns 10%.

And yet, the first clinic was set not in Chelyabinsk, but in Moscow. The medical center area of 3,5 thousand sq. m is located on Smolensky lane, it will provide outpatient medical services for a relatively low prices. The project  took about 10 million euros of investments, said GVM founders. "This clinic will be our calling card, but, in general, we believe that the segment of diagnostics will stagnate in the next 5-7 years, says Gromova. – Hospitals are the future, so we also plan to acquire or take control of a hospital of at least 200 beds in Moscow. Now we size up three objects. Interesting private clinics are also located in Chelyabinsk and Lipetsk regions."

There is another attractive region – Stavropol Krai. Two years ago, GVM managed to conclude an agreement of intent with the regional government. According to Gromova, the company plans to set the centre of cardiovascular surgery on the basis of one of the existing hospitals. "In Stavropol region, in particular, in the region of Caucasian Mineral Waters, there is no center of such profile. In Stavropol, there are regional and city hospitals, but their capacity is not sufficient. In Pyatigorsk one can have, in fact, only the first aid, and the nearest Federal center is located in Astrakhan at a distance of 600 km. Herewith, there are million people and many tourists in Mineralnye Vody", explains Anna Gromova.

Italian capital and competence have been occasionally presenting in Russian healthcare industry since late 90‑ies. The first attempt of rapprochement with the Italians was taken by the founder of "Intertradeireland", Vartkes Artsruni, who wanted to set multidisciplinary clinic "Mositalmed" in cooperation with «IL Salvagente». Artsruni's Italian partner had a plan to invest $5 million, but their cooperation failed, so the developer had to look for another partner. Since then, Italians have often been cooperating with Russian cosmetologists and dentists, but fragmentary, as well. The situation began to change in recent years. In 2013, Russia and Italy signed a Memorandum on cooperation in the sphere of health care, after which two joint projects were set. At the end of 2015, the company «Nevskaya medical infrastructure» set by OOO «Gazprombank‑invest development North‑West» (29%) and the Italian company «Impresa Pizzarotti & C» (71%), signed an agreement with the region government on the construction and operation of treatment and rehabilitation centre of the municipal hospital No. 40 in St. Petersburg: the agreement is for 10.5 years, and the total amount of investment reaches 6.9 billion rub.

In return, the concessionaire will receive the income from the sale of medical services, including CMI. In early 2016, «Policlinico di Monza» announced the construction of a cardio‑surgical center in Bryansk. Here the Italians invested 1.5 billion rubles, and also plan to work within CMI that was agreed by the regional administration. However, none of these projects intereact with CMI yet. GVM doesn't expect to build medical facilities from the ground up. But it  expects to interact with government that is to manage a hospital and to get a volume of specialized medical care funded by CMI. "Due to the ruble depreciation and the necessity to purchase equipment and technology at foreign currency, as well as international market failure, and investment decline in the hospital sector, to find a state clinic with a normal budget is quite difficult in Russia. Another option besides public‑private partnerships, remains, and we are ready to offer management decisions. Strategically GVM does not invest in construction, but in business," explains Anna Gromova. 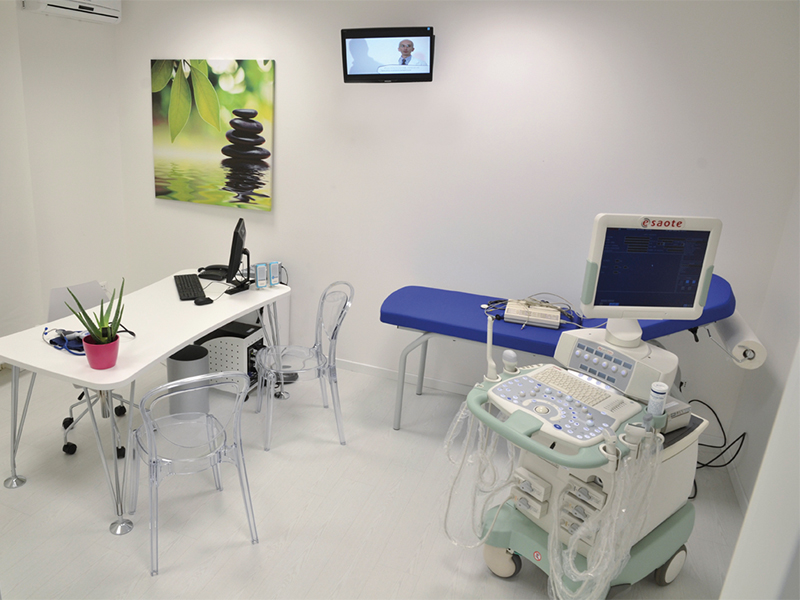 In fact, domestic experts and market operators are competitors of Italians in Russia, and they are skeptical about foreigner's attitude to PPP. "Working in the public sector is not only medical management, but also financial management in the modern Russian conditions, which are too difficult to understand for foreigners. In such circumstances, only Russian company is able to work more effectively, – said Vladimir Geraskin. – Yes, and the state order, for example, for cardiac surgery in Stavropol Krai is difficult to get as well. Competing can be due to the unique technology and quality, but still relying on state is a reckless idea. In reality it is better to invest money in existing facilities, and create new outpatient and diagnostic centres that will ensure the flow of patients in the high-tech hospitals".

In Russian there are really very few examples of transfer of public hospital in the management of private companies. The biggest project is the concession agreement for the reconstruction and operation of hospital №63, signed in 2013 between Department of Municipal Property and European `Medical Center (EMC). For the right of concession EMC paid 1 billion rubles. It had to invest 4.4 billion rubles more, but the crisis began aggrivating, so the idea seemed to be too risky, but it was failed to abandon even in the court.

Investor's interest in the concessions can be explained – the management of operating clinic significantly reduces the capital costs of the project. But it would be difficult to match the format, said the head of the medical projects of «IPT Group», Elena Us: "Concession of several hospitals is on agenda in Moscow today. But the process of implementation of such projects is very slow, so the Italians will fail to take it under control. Acquisition of existing clinics is more real, I think –  there are those who wish to sell their medical business".​

Thank you for choosing GVM International!

Thank you for choosing GVM International!