La dolce vita in the heart of Russia 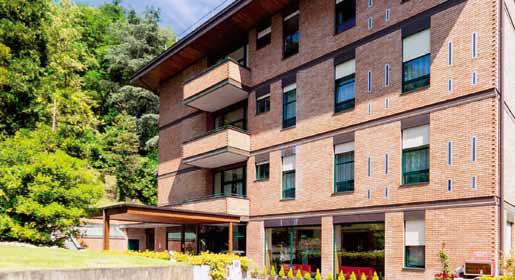 The best Italian clinics have opened in Moscow

The economic crisis in Russia has had an unexpectedly beneficial impact on the market for medical services. Medical tourism is gaining even more momentum. With the advent of healthcare optimization reforms, Russians have become increasingly interested in treatment abroad. And, along with the traditional Israel, Germany and Canada, one of the favorite places for this kind of travel is Italy.

On the other hand, tourism has become expensive for many, and foreign medical companies now consider the Russian market one of their priorities. Among these, for example, is GVM Care & Research, one of the largest Italian companies. Advanced technologies, medical innovations and highly qualified doctors are already available in an Italian clinic in central Moscow. In addition, the government considers attracting foreigners to Russia for medical tourism is a priority, and GVM Care & Research meets this requirement fully — their diagnostic center is one of the few, if not the only one, in the country where foreigners can receive support in English and Italian.

From nursing home to international corporation

The global medical tourism industry is estimated by experts at $439 billion, and by 2025 this figure could rise to $3 trillion. These data come from a joint study by Visa and Oxford Economics called the Global 2016 Medical Tourism Index (MTI). Italy, according to the study, is among the top ten most attractive countries for medical tourism. Italy is also in the top ten in the Bloomberg ranking of medical care. The World Health Organization, which makes the most comprehensive global estimates of the health system, ranks Italy second on the entire planet. That is why the country that has long been a Mecca for health pilgrimage from all over the world.

In this context, it is remarkable that, for decades, Italian medicine has developed mainly within the country, and only recently has it been actively promoted on foreign markets. GVM began its ascent in 1973, with the opening of a nursing home in the province of Ravenna, in Cotignola. Today the holding company has a leading place in the country in the fields of health, thermal therapy and medical and scientific research. GVM Care & Research is a network of 23 hospitals and five clinics in Italy and seven clinical centers in France, Poland and Albania. In total, the company has more than 30 GVM Care & Research medical institutions and private medical institutions, with 5000 employees, among whom are 2000 physicians serving patients from all over the world. 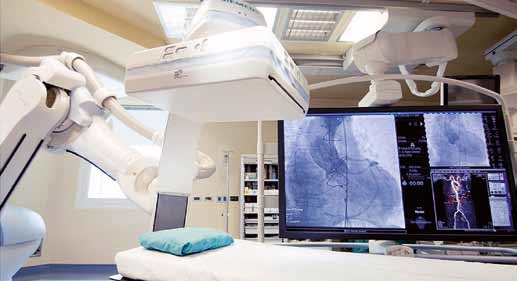 The healing sun of Italy

Why is Italy so attractive for foreign tourists?This question has three answers. The first is advanced technology. GVM Care & Research invests most of its revenue each year in innovation. Therefore, for example, the Institute of Clinical Cardiology in Rome is famous throughout the world for its technology and procedures in interventional cardiology, hemodynamics, electrophysiology, cardiothoracic and vascular surgery. The distinction here is that the institution guarantees the so-called cardiac cycle, providing full and comprehensive care.

The second reason for the attractiveness of Italian clinics is their highly qualified specialists. For example, Maria Cecilia Hospital is proud of its arrhythmology and electrophysiology center. It is also one of the leading centers in the world for treatment of diabetic foot and for thoracic surgery and neurosurgery, for which they prefer to use noninvasive techniques such as the gamma knife (for stereotactic radiosurgery of brain pathologies).

The third, and perhaps most attractive, reason is called wellness tourism. This is integral restoration — both physical and mental. Anywhere in Italy, you can enjoy the sun and spas, take a break from the stress of work, urban living and cold weather, rid yourself of bad habits and recover your fitness. Along with Austria, Germany and Spain, Italy is considered a leader in wellness tourism. Mud baths, balneotherapy, inhalation, gynecological treatments with thermal water and mud, hydrotherapy — you can enjoy all of this, particularly at the Terme di Castrocaro wellness clinic. Its main objective is the elimination of risk factors in order to improve the quality and length of life.

From Italy with love

Russia, unfortunately, cannot boast of a high position in rankings. According to Bloomberg, it is the penultimate, 54th place for the quality of medical services (Brazil is last). The MTI index places it 34th out of 41. WHO calculations put Russia in 130th place, even behind most of the former Soviet republics. And the economic crisis and optimization of medical services do not foster optimism.

However, it is the crisis that stimulated and attracted foreign investment in the medical field. One of the new priorities for investment for GVM Care & Research is the Russian market. Medical and health treatment abroad is beyond the means of many people, but a little bit of Italy, a taste of la dolce vita, can be enjoyed right in the center of Moscow. GVM has opened a clinic on Smolensky Pereulok. Advanced technology, highly qualified doctors in a number of fields (gynecology, urology, nephrology, neurology, cardiology, ophthalmology) and MRI diagnostics are all provided at budget prices. The Italians see the GVM diagnostic center in Moscow as their calling card and they intend to expand its network to Russian regions. 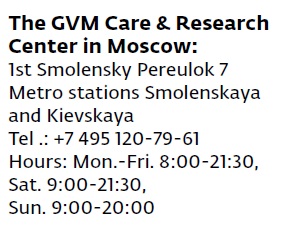